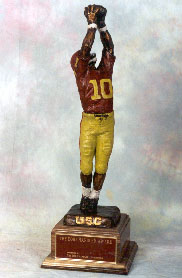 The guidelines and requirements for the USC Bob Chandler Scholarship Award truly distinguish its recipients. Underclassmen are evaluated during the season, based on their athletic ability, academic scholarship, and character, both on and off the playing field, including leadership, courage, tenacity, discipline, loyalty and high standards of morals and values. Those underclassmen judged worthy candidates are chosen by the USC’s Athletic Department. The award is presented annually at the Football Awards Banquet. The Foundation, through its “Friends of Bob” campaign, has permanently endowed the scholarship in Bob’s memory. Highlights of Bob’s USC athletic career are on permanent display in USC’s John McKay Athletic Center lobby to honor Bob, who exemplified the highest standards of moral character, commitment to family values and dedication to athletic excellence.

Sammy Knight1996
"Sammy Knight, who starred at safety for USC and in the NFL, is in his second year as a graduate assistant working with the safeties. Knight, 35, lettered 4 years (1993-96) at safety and linebacker (rover) at USC, starting the last 3 seasons. He had 290 tackles and 5 interceptions in his career." 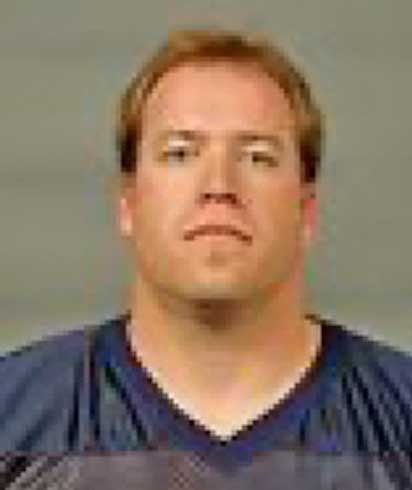 Jonathan Heimbauch1997
Jonathan Himebauch started two of his four years as a dependable center for the Trojans. In 1997, he was a co-captain of the team and started every game. He had an outstanding performance against Stanford as the Trojans racked up 511 yards in a 45-21 victory. In 1996, as a junior, he anchored the offensive line that allowed the Trojans to average 362.7 yards per game. He was the team MVP at Damien HS in La Verne, CA. Himebauch was selected to the L.A. Times first team. An English major, he won the Howard Jones /Football Alumni Club Academic Award. 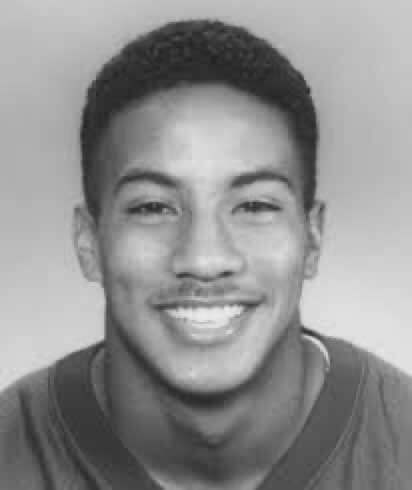 Chad Morton1998
A four-year performer at tailback and as a return specialist under College Football Hall of Fame coach John Robinson for USC, Chad Morton led the Trojans to a 26-22 record and an appearance in the 1998 Sun Bowl. A two-year team captain, Morton was named the team MVP and was selected to play in the East-West Shrine Game after his senior season. The team leader in punt returns in 1996 (149) and 1997 (168), he ranks 15th in school history in career punt return yards (390) at this time. Morton also paced the Trojans in scoring (90) and kick return yards (341) in 1999. A four-time First Team Academic All-Pac-10 selection, he was a consistent member of the Dean’s List. Morton earned a degree in sociology. 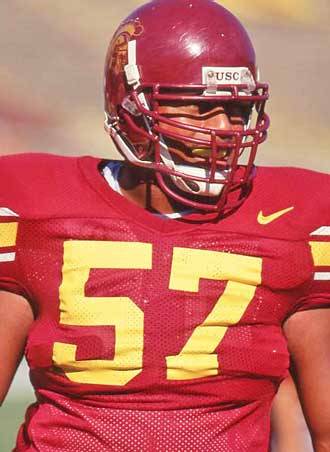 Aaron Williams1999
DEFENSIVELY, USC welcomes back starter senior Aaron Williams at tackle. He's an economics major at USC. In the spring of 1997, he was selected to participate in the NCAA Foundation Leadership Conference in Florida, where 300-plus student-athletes gathered to discuss solutions to critical issues facing the nation's student-athletes. He likes to write poetry. Offensive tackle Brent McCaffrey: "Aaron's perfect for the style of defense we have. It's tough to play against him in practice. He's awesome. He gives me fits every day in practice. He does a great job attacking because he's so aggressive. He reads offensive linemen so well. Other guys see him give 110 percent all the time. It makes you pick up your own level of play." 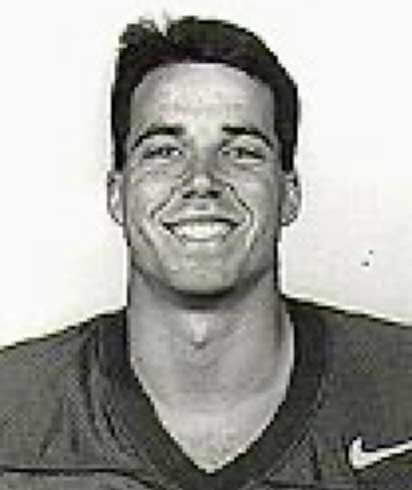 Mike Van Rapporst 2000
In 1999, Mike Van Rapporst won the No. 1 quarterback job at USC for spring football practice and entering fall drills."In my mind, it's far from over. I've just got to keep working hard and getting better. I'm happy with what has been going on in the spring, but I see lots of things I need to improve on, mostly fundamental things.” He appeared in 5 games last fall, including starting twice in the middle of the season, before an ankle sprain sidelined him for USC's final 2 contests. Overall, he completed 21-of-46 passes (45.7%) for 218 yards and a TD with 2 interceptions. 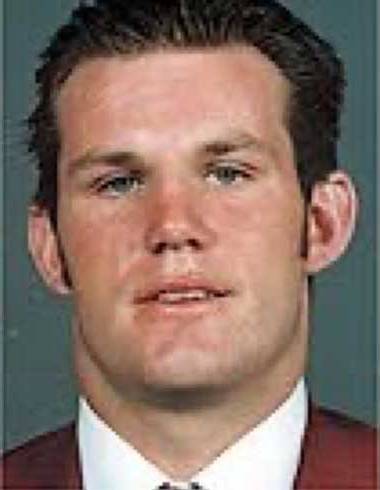 Charlie Landrigan, a fullback from Mission Viejo, CA and a political science major, believes that “In order to be a good fullback at USC, you have to commit yourself to blocking.You have to come out with your chinstrap buckled tight or you'll get blown up.” In high school, Landrigan played fullback, but was also an All-Orange County linebacker. He had 124 tackles and four sacks his senior year. He started USC's last nine games in 1999, catching 11 passes for 64 yards. This season, he has started every game and has three catches for 17 yards. He also has had a few chances to run the ball.

The Foundation is proud to announce that Darrell Rideaux is the recipient of the Bob Chandler Foundation Scholarship Award for the 2002-2003 season. Darrell has demonstrated those leadership and scholastic qualities characteristic of the prior scholarship award winners. Besides his outstanding athletic achievements on the football and track field, he is involved with helping inner city youth.

The Bob Chandler Foundation is pleased to announce Kerry Colbert as the BCF scholarship award winner for 2003. Keary is an outstanding receiver and leader both on the field and off. He is majoring in Sociology and active in Athletes in Action. 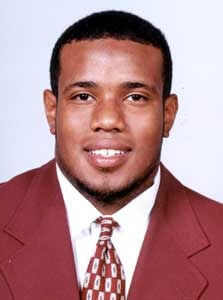 Jason Leach was selected as the BCF scholarship award winner for 2004. Jason is a safety on defense. He is majoring in Public Policy and Management and has spoken to high school students as part of the Student Academic Seminars.

Lofa Tatupu2005
Tatupu made the improbable jump from starting at Maine in 2001 to becoming an All-American at USC and leading the Trojans in tackles for 2 years ­started for his second season at middle linebacker as a junior in 2004. Lofa exemplifies a true Friend of Bob with his performance both on and off the playing field. He declared for the NFL draft following his 2004 junior season.

Ryan Kalil2006
Keith Rivers was selected as the BCF scholarship award winner for 2007. Keith is a All American linebacker for the Trojans and has exhibited qualities on and off the field exemplary of the previous Chandler Award recipients.

Keith Rivers was selected as the BCF scholarship award winner for 2007. Keith is a All American linebacker for the Trojans and has exhibited qualities on and off the field exemplary of the previous Chandler Award recipients. 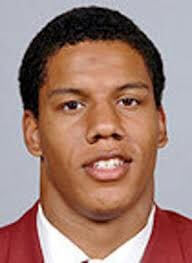 Taylor Mays2009
The hard-hitting, athletically-gifted (4.25 in the 40, 41-inch vertical, 425-pound bench press) Mays, a 2-time All-American first teamer who is a leading candidate for the Thorpe Award, returns for his fourth season as the starting free safety as a senior in 2009. He is on the Watch List for the 2009 Lott Trophy. 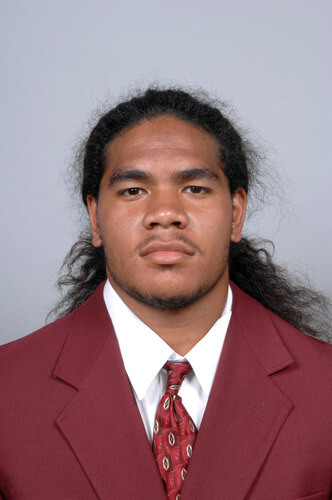 Christian Tupou2010
Tupou was set to anchor the line in 2010 as a senior tackle starting for his third year. But he tore ligaments in his left knee in USC's spring game that concluded 2010 spring drills, so he redshirted while sidelined in 2010. He won USC's Courage Award and USC's Co-Lifter of the Year Award. 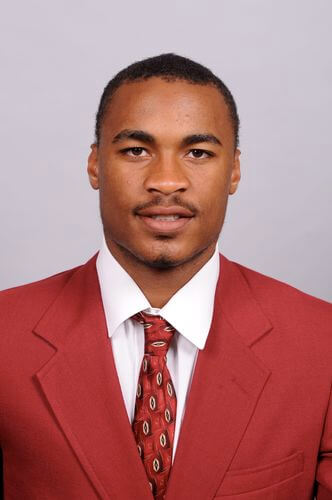 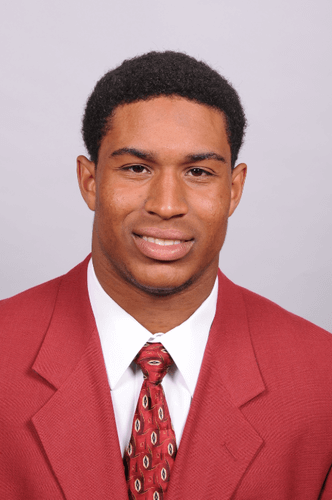 Hayes Pullard2012
The steady Pullard, an All-American candidate who could receive Butkus Award consideration, returns for his second year as the starting weakside linebacker as a sophomore in 2012 after a nice debut in 2011 when he was the Trojans’ tackle co-leader.

Randall Telfer2013
The often-used and productive Telfer started all season at tight end as a senior in 2014. Overall in 2014 while appearing in all 13 games (starting all but California), he had 21 receptions for 197 yards (9.4 avg) with 2 TDs. He made 2014 All-Pac-12 honorable mention. He was named USC’s Most Inspirational Player.

Chad Wheeler2015
Wheeler started USC’s first 8 games at left offensive tackle as a sophomore in 2014, but he tore ligaments in his right knee at Utah (although he played a full series with the injury) and missed the final 5 games. He won USC’s Bob Chandler Award (athletics/academics/character). 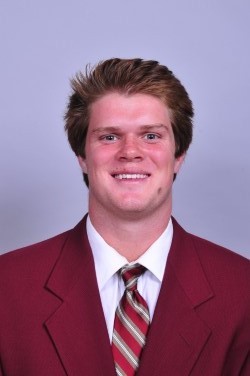 "The precocious Darnold has proven to be among the top quarterbacks in the nation as just a redshirt freshman in 2016. His insertion into the starting lineup in the fourth game of 2016 gave the USC offense a spark as the Trojans won the final 9 games of the season.
He won the 2016 Archie Griffin Award from the Touchdown Club of Columbus (given to the nation’s season-long most valuable player after the bowls), is among 10 finalists for the 2016 Manning Award and was among 18 semifinalists for the O’Brien Award, both awarded to the nation’s top quarterback. He was the 2016 Pac-12 Freshman Offensive Player of the Year and made Campus Insiders Freshman All-American second team and All-Pac-12 honorable mention. He made the 2016 AP All-Bowl Team first team. He won USC’s 2016 Most Inspirational Player Award and Bob Chandler Award" 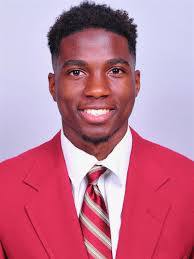 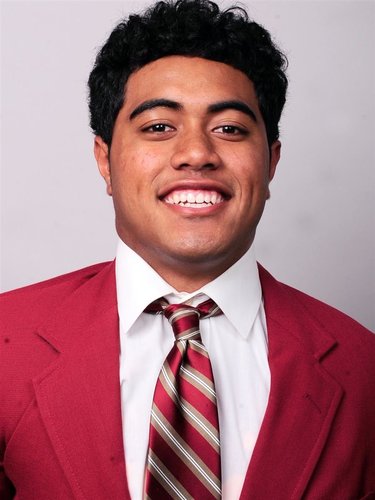 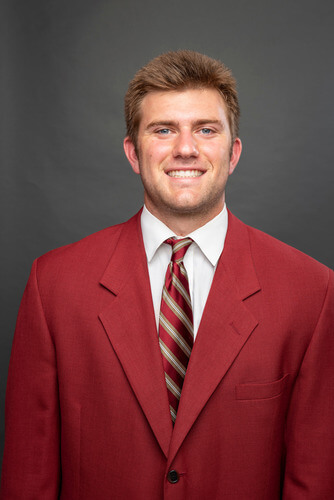 "CAREER: He has 15 catches for 139 yards (9.3 avg) in his career. He has appeared in 38 games in his career, with 7 starts. 2019: Krommenhoek saw significant time at tight end and on special teams as a junior in 2019. Overall in 2019 while appearing in all 12 games and starting 4 times (BYU, Notre Dame, Arizona, Arizona State), he had 11 receptions for 122 yards (11.1 avg). He won USC’s Bob Chandler Award. He had a 5-yard catch against Fresno State, a 60-yard reception at BYU, 2 catches for 10 yards at Washington, a career-best 5 receptions for 37 yards at Notre Dame, a 3-yard catch against Oregon and a 7-yard catch at Arizona State (he was slowed in that game with a stinger)."